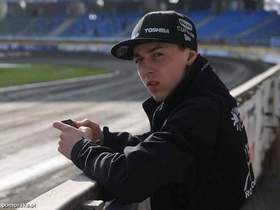 On the 22nd of March Oliwia and I decided to visit the famous moto-arena in Toruń. Thanks to some secret paper from our Principal we were able to reach the “backstage” of the whole event and come a bit closer to the stars.  I must admit that not everyone is lucky enough to talk to Tomasz Gollob, Adrian Miedziński, Chris Holder and finally Paweł Przedpełski  -  if you know what I mean…

Paweł Przedpełski is the former student of our school, that’s why we were not even a bit hesitant while choosing a hero of our interview. Paweł himself has already reached the top of the tops in the world of speedway and was willing to reveal some secrets of his successful career  :

R: How did it all start?

P: At the very beginning I participated in some motocross events and I must say it was pretty recreational. Later on my mind focused on speedway and finally Jan Ząbik  ( my coach) together with my bother almost forced me to take part in speedway events – and that’s where I am now.

R: What is your biggest achievement so far?

R: How does a speedway rider feel on the day of a tournament?

R: Do you feel supported by your family and friends?

P: Every single minute. It would be impossible for me to live without it…

R: Thank you so much – we wish you luck in all the future events. 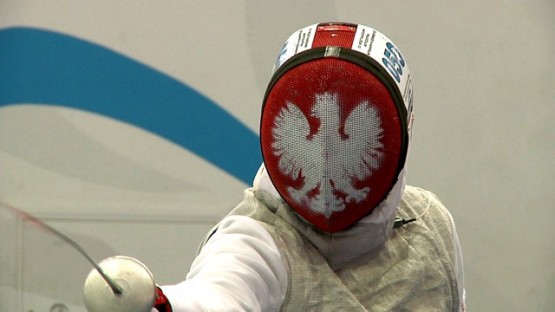 Foil is his weapon.

Daniel Olszowski practises fencing. It Has been his passion since He was 10.

- He treats it really seriously. If it had been just an adventure I would have stopped trainings 2-3 years ago. – Daniel said.

And it started to be quite interesting. When he was in primary school his first teacher in classes 1-3 was Aleksander Borkowski, who was a women’s foil coach “Budowlani Toruń”. Since the second term of the third class Daniel and his friends took fencing lessons with the coach once a week as SKS classes.


He won his fist step

The coach suggested going on a fencing camp to Człuchów. – Daniel Olszowski mentioned. A tournament for beginners was organised on a camp: “Fist fencing step” I was lucky to win it. After coming back home I started trainings in the club.
In September it will have been three years since I have been training in the club TKS-T Budowlani Toruń. It is not long time, because my friends from other cities have been training since the first class of primary school.

Daniel has been training foil. During his school year the trainings are 4 times a week for two hours. However, he goes on a two week camp in summer. Usually they take place in Człuchów, Cetniewo, Władysławowo, Spale and Polanica.

In my opinion, foil is the most demanding discipline of fencing because of the smallest area of hitting and the most complicated rules connected with the priority of attacking. – Daniel added. Frankly speaking I don’t remember what was the most difficult thing for me to acquire during the trainings. My coach Krzysztof Żurawski – has still been teaching me new things which cause me bigger or smaller problems, but I have to master all of them.

The young fencer takes part in competitions quite often. Intervals between tournaments are about one month, but it happens that there are three tournaments in one month. His greatest success is winning the first prize in Polish Youngsters Championship (up to 14year olds) in June last year. He intends to be one of the best four fencers
on a classification table at the age up to 17 years old in 2013/2014.

This is an expensive hobby.

Daniel say that fencing is a quite expensive hobby. Every part of fencer’s suit costs a lot of money.

Approved clothing a fencer (trousers, plastron and sweatshirt) was about 1600 zł. Moreover there is also an electric waistcoat (450 zł), fencing shoes (350 – 800 zł), a mask with an electric collar (600 zł), glove (150 zł) and fencing socks (40 – 50 zł). Approved foil costs about 600 zł, however during the contest it is good to have three of them in case the piece of equipment is faulty. Electric wire is also necessary - it costs 120 – 150 zł. I wouldn’t be where I am now without my family mental and financing support.

- My parents had their great financial contribution at the beginning of my adventure – claimed Daniel. My father is my best supporter who drives me on trainings, of course if he has time. What’s more, he goes with me on almost every contest. Maybe it sounds strange, but when he is standing by the table he motivates me and   to it I can do my best during the fight. 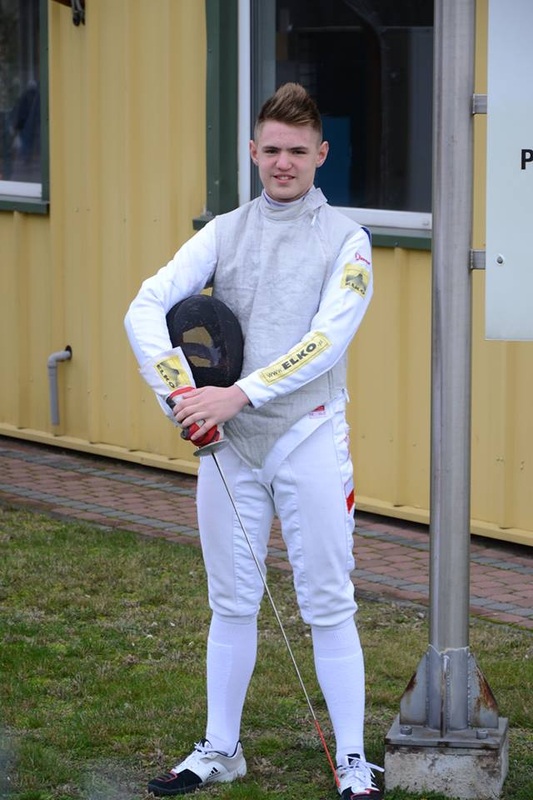 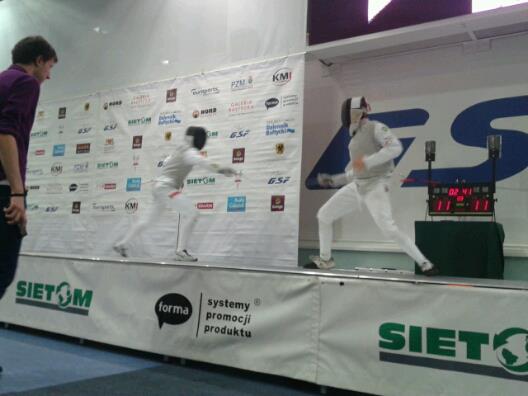 DANIEL OLSZOWSKI DURING THE FOIL COMPETITION
Powered by